Over the past 18 months, it has been difficult to host House competitions, yet this has not dulled the House spirit of pupils at Marlborough College Malaysia. Today, the senior pupils participated in a Maths Challenge to win points for their house.

Four of the best mathematicians from Butler, Honan, Munawir Hill, Sheppard, Steel, Thompson, Wallace, and Wills went head to head in three rounds of maths challenges. The first was a Group Round, the second was Crossnumber, and they finished off with a Relay.

During these rounds, the pupils had to work together to complete problem-solving questions against the clock. They were not allowed to use calculators, and their arithmetic and algebraic skills were put to the test as they battled against one another. The points accumulated during these rounds were all added up and the team with the most points took home the trophy.

After a very intense battle between the Houses and some great efforts made by Thompson and Wallace fighting for Third place, the winner of the challenge was Wills, with Steel making a bold late move, a massive congratulations to Wills for their achievements. It was an incredible display of mathematical skills and teamwork by the pupils, well done to all those who participated. 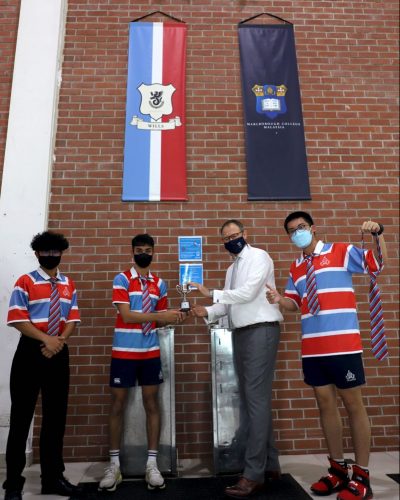