Last week the Hundred (Year 11) Geography pupils participated in a field trip to gather vital data for their upcoming IGCSE exams. The overnight trip began with river exploration at the scenic location of Kota Tinggi where the pupils gathered data on the river, such as its depth, gradient, and flow. This data was then compared to the data collected at a different location of the river where they could see the difference between a tributary and a mainstream river.

The next stop was Sukalayar. The pupils collated their data and were taught how to analyse and any anomalies found were discussed by the group after which the pupils were able to enjoy some sea kayaking.

The following morning, the pupils headed off to a Tombolo and the Mangroves. After a brief walk through the Mangroves and a short climb using a rope, the sky opened up onto a magnificent rocky archway. The pupils then discussed how this natural phenomenon occurred before heading to Mersing. Here the pupils undertook the urban survey section of their module. They observed land use, carried out a traffic count and surveyed locals about their perception of the area. The final stop on the trip was to the Mersing Local Council where the pupils received a talk about Mersing’s aims to become a more sustainable and environmentally friendly district, with details about how the Mersing Council aimed to achieve their goals. It was a very informative talk with excellent questions posed by the pupils.

The pupils had a packed two days which will stand them in good stead for their exams in 2022. 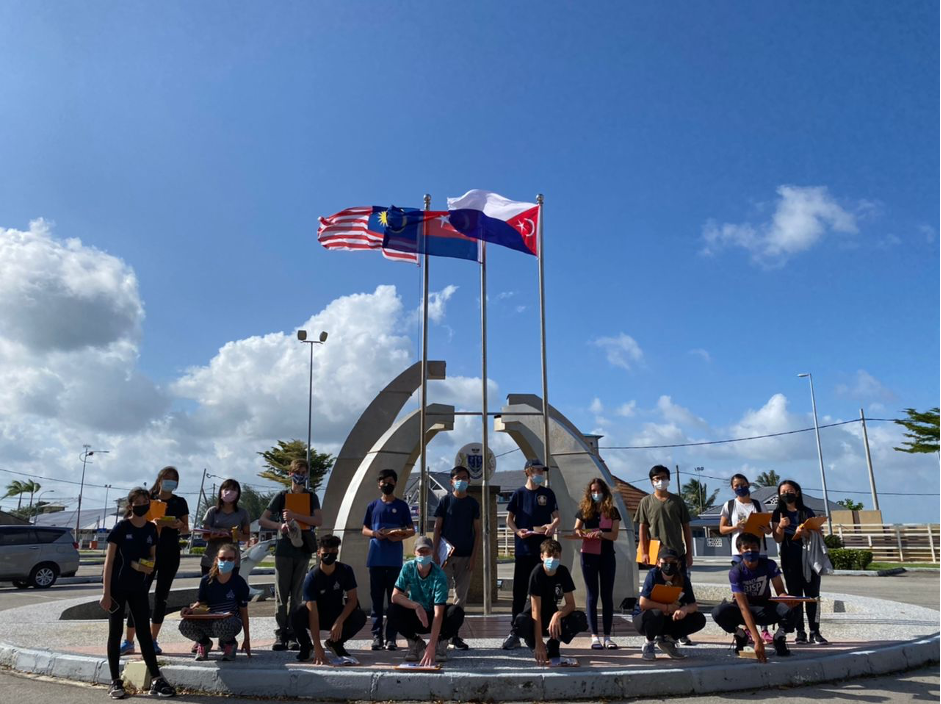