“The rain it raineth every day.” 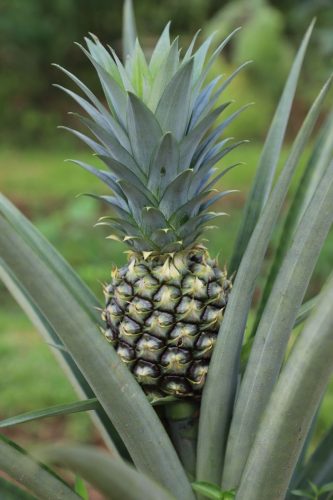 Feste’s gnomic observations about life and nature run through Twelfth Night and one might be forgiven for thinking that Shakespeare’s setting for it in Illyria was in fact based on Barton Farm! Here too is a land apart where weird and wonderful things grow, where occasionally magical creatures appear and where the intrusions of the ‘real world’ remain a distant echo; oh, and where it does indeed seem to raineth every day!

Enter through the bamboo archway like some latter-day Alice in Wonderland and see all above and around the glorious butterfly pea, a plant so vividly blue that it surely must have been used as Puck’s distilment for the lovers’ potion in A Midsummer Night’s Dream. But what is this? Entwined within grows the luxurious passionfruit embracing the vine and offsetting the sparkling Mexican Coral, beloved by the Borneo bees who safely forage. At your feet grows aloe vera, famed for its varied medicinal uses, and interspersed young papaya cheerfully push upwards, grown from seeds from a ripened fruit. Emerge to the scent of basil, a whole hedgerow awaits, and brush past leaves to savour the glorious aroma of pesto sauce. Breathe deeply. Is that a hint of mint too? A newly created bed has spread its wings. Crushed between the fingers or added to a glass of ice cool water it lifts the spirits [as well as the occasional Mojito.] 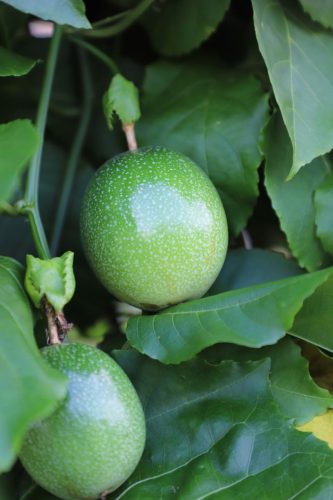 A line of pineapples, so ridiculously photogenic that they look as if they have been stuck on, peep above the spiked leaves; some are blush red, some a curious purplish blue, some the more traditional green. Wander their aisle and commune with them; peek in and see the newest bud appearing, peeping from the depths that only days before seemed empty. Sentinel at the end is the Jamaican or Singaporean Cherry which brings some welcome shade at times and produces a fruit so delicious that when you close your eyes and let the fruit dissolve you can taste a whole range of flavours; the initial bite releases a sort of strawberry fool, followed by a light vanilla and then a whisper of cherry itself. Proof if it were needed that the farm is indeed a sort of culinary wonderland is provided by these tasting notes: Alice ventured to taste it, and finding it very nice, (it had, in fact, a sort of mixed flavour of cherry-tart, custard, pine-apple, roast turkey, toffee, and hot buttered toast, she very soon finished it off.” [Alice’s Adventures in Wonderland: Lewis Carroll]. Here too is the lemon grass, Cymbopogon citratus, whose wonderful aroma of citronella is also used in repelling mosquitoes. Next turmeric’s lanceolate leaves and wonderful tubers round off another row. A line of okra two metres tall towers over you, erupting from a bed carefully comprised of compost, soil and manure. Its flowers, like golden yellow eyes, wink as you wander past and there, already, are the vegetables clinging to the stems.

Bananas bow before you, arrayed around the flower like some exotic necklace on a Russian princess, layer upon layer of beautiful miniature fruit encircling the bud. A line of sugar cane marking the edge of the farm, is ready for sampling. A segment is sliced, stripped of its bark and reduced to small bite sized chunks. Suspiciously you place it on your tongue and then marvel at the sweetness that trickles out as you gently bite down. On then to mulberries, the heart of the silk trade and the wealth of Eastern Empires. Here in obedient lines they push up, recent cuttings already packed with fruit hanging expectantly. This Himalayan variety seem to extend, elongated, dark, rich in texture and taste, a favourite destination point for smaller visitors to the place. Now too water melons, rambling across rows in unruly manner, drawing up the moisture, filling out into glorious globes. 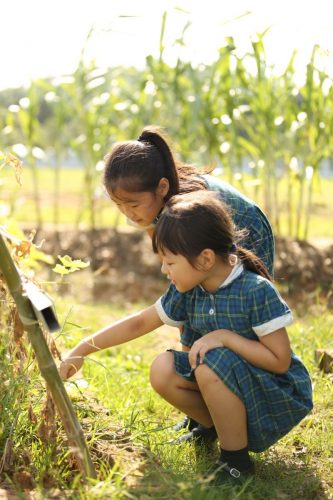 Other beds are interspersed with pak choi, kangkung, long beans, kale and daun sup. Sometimes cucumbers rise on a frame alongside the extraordinary wingbean whose four-sided profile earns it the Latin species tag tetragonolobus. Majestic chillies challenge the chef’s talents; some are small and fiery red, others offer a tempting pale yellow to the world while yet more are Nepali, round, green and fiercesomely hot. A curry tree [Murraya koenigii] offers its leaves for the pot, re-discovered by a visitor with a sharp eye for flavours. Yet more trees are being planted, a row of avocadoes grown from seed, several beautiful limes, a pomelo, mangoes, guava, pots of bougainvillea grown from cuttings, a sacred fig [bodhi or peepal].

Finally, as Alice might observe, there is a pleasure in simple joys and although there aren’t actual dragons in the ditch nor mad March hares gallivanting the estate there is an air of otherworldliness which, for some, for a while, is enough to make it a sort of peaceful wonderland against the frenetic madness of life beyond. Egrets parade the neighbouring pitch; kingfishers perch on the cross bar; sunbirds flit in and out; koels serenade the entire district.

Viola: “What country, friends, is this?

Captain: “This is Illyria, lady.” 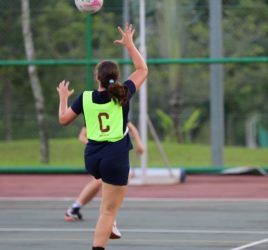 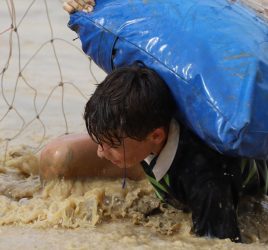 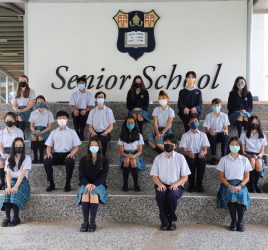