To tie in with their Science topic of ‘In the Garden’, all of Year 1 children spent an enjoyable morning making scarecrows for Barton Farm.  From stuffing shirts and trousers with coconut husks to accessorising each scarecrow with funky hats, flowers and eyewear (including some ski goggles and heart-shaped sunglasses).

The children’s efforts have resulted in three fantastic-looking specimens, who definitely have the fear factor to petrify any winged creatures who may try to peck the farmyard crops.  The children named their scarecrows Lily (1LS), Andy (1LVW) and Zeus (1BC). If you’d like to see our wondrous creations, they will be on display in Hermitage for the next couple of weeks before they take up residence in Barton Farm.

Having been inspired by their scarecrow creations as well as the book ‘The Scarecrows’ Wedding’, Year 1 will spend the next week devising their own scarecrow stories.  As we drew to the end of a marvellous day, here was our favourite scarecrow-related joke:

Q: Why did the scarecrow win an award?

A: He was outstanding in his field 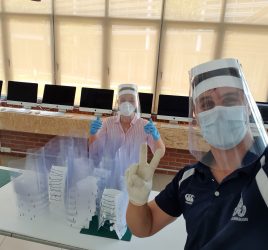 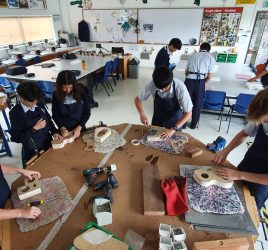 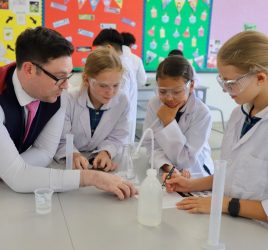