The Beagle Hash is Marlborough College Malaysia’s tri-annual run, led by Mr Ogilvie. On the first Friday of each term, the boarding community joins together in an excited heap for an exhilarating afternoon in the plantation surrounding our College. Whatever the weather, the Hash guarantees a good time.

The Hash brings out the best of the boarding community and dares us to have fun. We run through the mud, puddles, and have races with our opposing peers and beaks. After finishing the route, you receive a delicious curry as a reward. Nothing tastes better than a fresh Chicken Masala and brownies after a run.

Having been doing Hashes since I was nine years old, I practically consider myself a veteran in the ordeal. Each Hash is different from the one before and unique in its way. Whether you are wading through a river, brushing your way through mangroves or trying to find the right path after finding yourself lost, you are bound to make memories that will last you a lifetime. One of the best things about the Hash is that it gives you a chance to catch up with your friends after a long holiday. You can choose whether you want to sprint near the front to find the way with the sportier members of the party, or stroll nearer the back and take in the beautiful ecosystem that surrounds you.

The Hash is such a bizarre yet unparalleled experience that is undoubtedly a highlight of each term. You never know what will happen next; you might even see a wild boar! However, the only thing we can say is “On-On!” 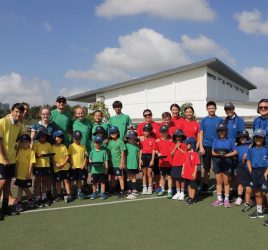 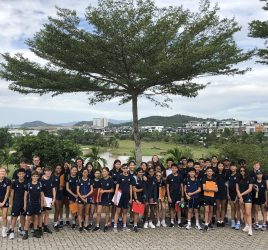