On Saturday 29th June the Wykeham Hall was full to capacity with almost 800 people attending this year’s Prize Day.

As a celebration of the academic year with a little glimpse of the future, the morning kicked off with some magnificent exhibitions of Art, Design Technology, Outreach and CAS on the approach to the hall.

The choir and orchestra were on top form and entertained everyone while a display of “then and now” images charted a decade of development at the College from its concept in Honan Ledang plantation in 2009 to a thriving almost 1000-strong 3-18 institution in 2019.

Pachelbel’s Canon introduced the Chairman, Tunku Ali Redhauddin ibni Tuanku Muhriz, the Master and members of Council, after which the Prep School choir sang the charmingly appropriate “When I grow up” by Tim Minchn.

The College Chaplain, the Archdeacon of Johor Bahru, Reverend Edward John, gave an opening prayer which was followed by a recital and Doa by Riaz Jamadar.

In his address, Tunku Ali welcomed Mrs Louise Moelwyn-Hughes, the Master of Marlborough College in the UK, who was visiting MCM for the second time during her first year in office. The Chairman explained that the relationship between the two Colleges would become even closer during the next academic year with a new large-scale Shell and beak exchange planned for the Lent Term. The Chairman congratulated the Master, Mr Alan Stevens, the staff and pupils on the award of the Ministry of Education’s 5-Star rating for excellence which, he said, reinforced Marlborough’s reputation as one of the top schools in Asia. Tunku Ali went on to acknowledge current and former pupils for exemplary performances in last year’s IGCSE and IB examinations and the new Shell Scholars whose programme will begin in August 2019. Tunku Ali noted that the College was proudly Marlborough, but also proudly Malaysian and that a bursary fund had been launched in February with the eventual aim of assisting Malaysian children to gain access to a Marlborough education which would otherwise be beyond their means. He also spoke warmly about the continuing Outreach programme and particularly about the Sixth Form ecological initiatives which, as Chairman of the local WWF chapter, he applauded. Tunku Ali ended with a personal reflection on the remarkable frequency with which he encounters Old Marlburians and commended the Marlburian Club to the Upper Sixth. Finally, he concluded with reference to another Old Marlburian and fellow Council member of MCUK, Lt Gen Sir John Lorimer, who visited MCM a few days earlier and who remarked “There is no doubt that MCM is Marlborough. You see it, hear it and feel it. It almost feels more Marlborough than Marlborough.”

To the audience’s clear delight, the winner of this year’s Piano Competition, Jerry Li from the Shell then reprised her stunning interpretation of Beethoven’s Presto Alla Tadesca.

The Master, Mr Alan Stevens, then presented his report on the year, using a story about the Remove Economists’ Chocolate Brownie Competition as an allegory of how to prepare to change the world. The Master thanked the College’s academic and support staff for their unstinting support, commitment and loyalty throughout the year, noting that working in a boarding school is a vocation rather than a job. He thanked colleagues who were leaving and expressed his pride in Marlborough pupils’ conduct and character at such events as the Kranji Remembrance Service and the prefects’ leadership in a growing number of areas. He joined the Chairman in congratulating pupils and staff on exam successes while observing that Marlborough’s mission is to develop the child, not to teach exam technique alone, and the important and lasting value of this is understood by the whole community. He called upon the Upper Sixth leavers to embrace their future and confidently to address its challenges with their intellect, but also with their integrity, creativity, courage and morality.

Following a beautiful Beatles medley by the girls of Butler House, Mrs Eaton-Jones and Mr Eatough announced the prize-winners from the Prep and Senior Schools respectively and Tunku Ali presented the awards with the final one, the Master’s Cup, going to Wills House for the second consecutive year.

The Prep School Choir’s rousing rendition of The Rhythm of Life was an apposite introduction to the Senior Prefects – Alex Harkins, Caleb Sukh, James Gibson and Uma Scott – whose reply to the Chairman and advice to younger pupils was as stirring as it was eloquent.

Refreshments were then served in the Prep School dining area before the second Prize Day Parents v Beaks cricket match brought another very successful school year to an end.

The Master and Council wish everyone a happy and relaxing summer break. 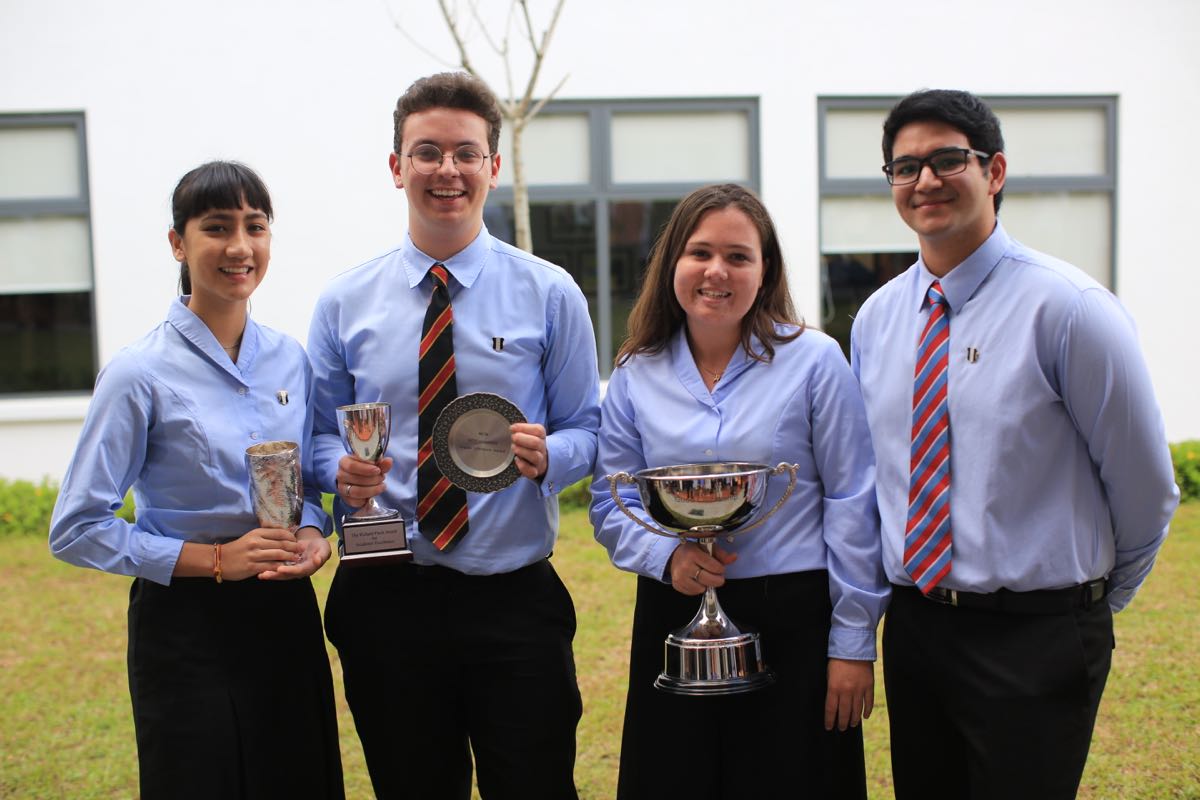