Saturday, 23rd February, saw Marlborough College Malaysia host the Straits Netball Tournament 2019. With seven schools attending and 20 teams competing, it was set to be an exciting, competitive day of netball.

The U14 competition had only four teams, yet the round-robin tournament was fiercely fought with longer games allowing the girls to develop their skills and teamwork on the court. Our U14A and U14B teams made it into the final which was an exciting game to watch. The A team won 22 – 4.

Both MCM U16 teams played well against some tough opposition, playing six games in the round robin competition which was a gruelling schedule for the girls in the heat. It was exciting to see the potential in both teams for the up and coming season.

The U18 competition had two pools which led to semi-finals and finals. The newly formed second team played well and despite having losses they continued to work hard and improve as the games went on. The first team, in preparation for the big South East Asia tournament next week, played great netball, getting through to the semi-finals of the Cup with comfortable wins. They had to work harder in the semi-finals to beat STF to make it into the Cup final. With supporters surrounding the court, the first team played Tanglin Trust firsts. This was a highly competitive match and the girls showed how much they have all developed as a team despite it still being early in the season. Unfortunately, Tanglin won the Cup final but this should not overshadow the great work by all first team players.

Overall, the tournament was a great success. Thank you to all the players and beaks involved. 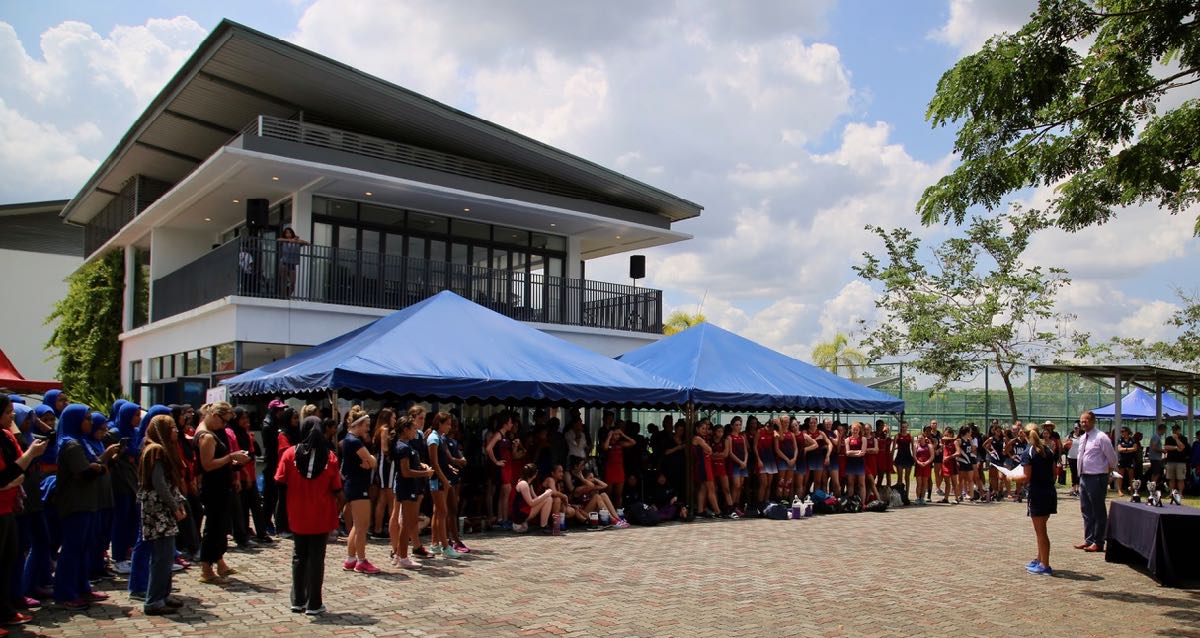