On Thursday, 18th October, the whole boarding community gathered in the Wykeham Hall for an early celebration of Nations Day. The assembly was organised to:

All 300 boarders and staff were treated to a wonderful rendition of “Do I Wanna Know” by the Arctic Monkeys by Jade, showing that a beautiful voice does not need any technology to amplify it.

We then enjoyed presentations by the following students and staff, all resplendent in the relevant national dress:

Christopher (Taylor House) dressed as a Musketeer gave a brief history of the French monarchy, some historical sites and food; Yasmin (Honan House) described some of the different cultural groups of Malaysia, traditional outfits and favourite dishes; Julani (Steel House) gave the story behind the Papua New Guinea Missionary dress (which she wore) and other traditional outfits; Annabel (Iskandar House) explained her family history in Zimbabwe and some of the highlights from the country; Hugo (Wills House) presented some of the cultural features from Brittany, giving an insight into the ‘seafaring’ Breton people; Amrit (Munawir Hill House) delivered an overview of some of the history and cultural highlights from Sri Lanka; Abishek (Estates Department) to tumultuous applause, described the Nepalese flag and the significance of its design; and finally,

Mr Cowie explained aspects of the Scottish national dress and some of the culinary highs and lows from the Scottish Larder.

Following the presentations, Agung Mann then gave a moving summary which brought together the themes covered by the speakers and the overall purpose of the assembly.  With the exception of his ‘Dad Joke’, the full text from his speech is given below:

“Each of us, seated in this hall, has an identity we can call our own.  Our identities are shaped by the life we live, and our nationalities, without a doubt, are a crucial part of our lives.  Even if you have never been to the place where your family’s roots are, you have been moulded by the culture brought by your parents, as they have been moulded by their parents’ cultures, and so the cycle goes on.  Each one of us has a unique story to tell.  Not only of the nations we are from, but the stories of our own lives, and those who have taken us so far.

Here at MCM, we strive to embody the ‘3 Cs’.  Compassion.  Companionship.  Conversation.  For those of you that have not done so yet, burn those three words into your mind.  Nations Day tomorrow will serve as the perfect opportunity for you to be what we’re all striving to be.  Start a conversation with someone, anyone!  It can be a fellow boarder representing one of over 30 nations, or anyone in the school who represents one of 45 nationalities, and especially the support staff at our school.  They are pillars of our community, yet many of us do not fully acknowledge this.  They are just as important to the school as any of us, and we should treat them with as much respect as we treat each other.  Respect is an undeniable aspect of life at this school, and we should be thoroughly pleased with the respect that we show each other.  Through conversation, we build trust, and through trust, we build respect.  No matter who you meet tomorrow, learn from them.  It doesn’t matter if they’re not in your house.  It doesn’t matter if you’ve never even seen them before.  Treat them like they were your family, as we’re all part of one large interconnected family after all.  As Marlburians, we have a bond that ties us together, one that cannot be put into words.  We are a community able to rally around individuals, groups, and as a collective whole, one powered by determination and directed by common ideals.  So tomorrow, when you see someone, talk with them.  Laugh with them.  Bond with them.  Companionship, built through Conversation, and filled with Compassion.

Hold those values true to you, and you will go far.  Be a Marlburian, not a persecutor singling people out for their culture.  Dwelling on the negatives of what they are not, rather than focusing on the positives regarding what they are.  Be a Marlburian, not an idle spectator refusing to interact with anyone; head down and letting life pass you by.  Be a Marlburian, not one who ignores those in need; but with a strength of character, integrity and conscience.   Tomorrow, be proud representatives of not only your country, but of Marlborough.  And then have a wonderful Half Term.  Thank you all for listening to me and helping me to flourish at my school.” 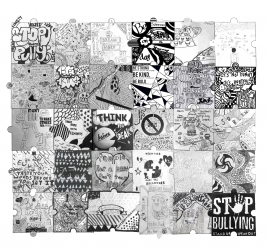 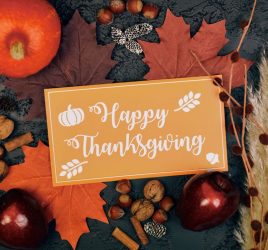 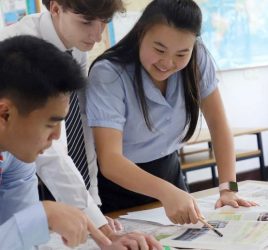