On the 18th of April, Marlborough College Malaysia was delighted to welcome a group of professional Guzheng (Chinese zither) players from Beijing to perform traditional Chinese music, which ranged in both style and difficulty. Formally invited to Johor by the Johor Centre of the Arts and FGS HsingMa Temple, the group comprised Ms Ai Hong Jin, who graduated with a Masters degree in Guzheng from the Central Conservatory of Music in China; Ms Li Yuan, a graduate of Shenyang University of Music, and a member of the Chinese National Orchestral Association; and Yang Tian Ran, a 16 year old student of Ms Ai, who is currently attending teaching college.

The Senior School and Common Room enjoyed a live Guzheng music performance, hosted by Karina Russell and Bingqi Li. The pupil hosts spoke in English and Mandarin to describe the historical context of the instrument, as well as the culture and meaning behind the music. The Guzheng group also collaborated with the Prep School orchestra to perform in their Assembly on the 20th of April.

These events were a fantastic opportunity for pupils to experience and learn about traditional Chinese music and culture from this group of world-class musicians. It also allowed our pupil hosts to demonstrate the qualities of the IB learner profile: knowledgeable communicators who are both open minded and reflective, and cooperate well with each other.

Thanks to all the beaks and pupils who helped to organise the event. 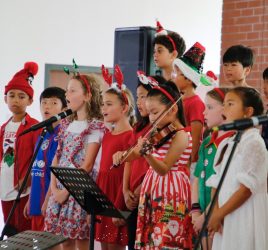 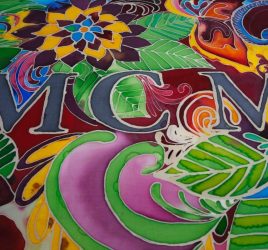 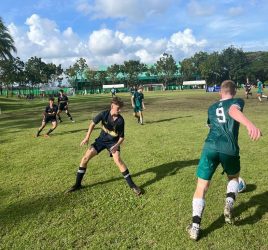