It’s been a fantastic weekend at the South East Asia Netball Tournament for our fast developing U16 and U18 teams. The teams played a total of 12 games against some of the top school sides in the region, each of which was fiercely competitive and thrilling to spectate. The U16s achieved a very respectable 5th place overall and the U18s bagged the silver medals in the plate division. These results are impressive and demonstrate great improvement on last year’s standings. The standard of play, particularly in the final matches of the weekend, showed that the future of MCM netball is in good hands with these young players. They were dynamic, athletic and always eager to learn and grow, both as individuals and team units.

U16 MVP was Nannarelle Hundertmark and MVP for the U18s was relative newcomer to the squad, Stephanie Sullivan, both for relentless tenacity and dogged determination throughout the tournament. 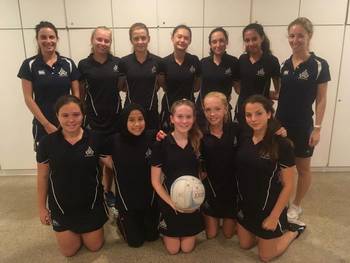