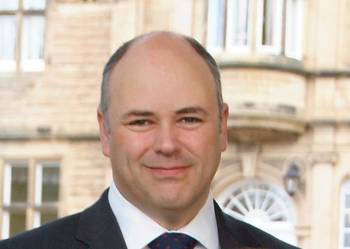 Alan, together with his wife, Heather, will join Marlborough College Malaysia ahead of the Michaelmas Term of 2017 from Barnard Castle School, an HMC (Headmasters’ and Headmistresses’ Conference) co-educational boarding and day school in County Durham, England, where he has been Headmaster since 2010.

Mr Stevens, who is British, attended the Royal School Dungannon, where he was Head Boy, then graduated from Queen’s University, Belfast, with a First Class Degree in History. He was commissioned in the Reserve Forces in Northern Ireland and began his teaching career at Campbell College, Belfast, becoming Housemaster and Head of History. After completing a period of research at Yale University, then receiving an MA in Educational Management and Leadership, he moved to Trent College, England, as Head of the Main School, before subsequently being appointed Headmaster of Barnard Castle. He has published various articles on history and education and is an inspector with the Independent Schools’ Inspectorate. His interests include sport – particularly Irish rugby, school debating, the arts, and literature.

Heather is a senior civil servant with a passion for boarding, singing and Duke of Edinburgh’s Award expeditions. She also holds a First Class Degree from Queen’s – in Law – and studied at Harvard and Yale, where she holds a Fellowship. Heather enjoys making a contribution to school life, runs leadership activities and is a trustee of the charity, Relate. The couple have one son, Jamie, who is in his final year at Barnard Castle.

On his appointment, Mr Stevens said, “I am immensely proud and excited to have been invited to lead Marlborough College Malaysia, and I am looking forward to working with new colleagues and the Council in forging the next chapter in our history. Heather and I have been deeply impressed by the uplifting strength of community at Marlborough Malaysia, the breadth and depth of opportunity and the commitment from both children and beaks to learning in its widest sense – a true Marlborough spirit. The college has made superb progress since its foundation under Bob Pick’s leadership and it is a privilege to be chosen to succeed him as Master of this wonderful school.”