Yesterday evening, a squad of eleven boys took part in the second round of the ACSIS U11 Basketball League at Stamford American International School. This, their second outing, proved to be a far more successful one than their initial fixture some three weeks earlier, and the few training sessions the boys had managed, in addition to that initial experience, all paid off with some exemplary performances.

Although sadly the boys lost the first two games; they were both lost to the narrowest of margins of 1 point. However, their determination and perseverance paid off and they managed to turn it round in the final game, defeating ICS (International Community School) 9-6 in a nail-biting match.

The difference in the quality of play was remarkable and, although the boys can recognise where their faults may lie, they are also able to quickly identify how they can improve. A particular mention must go to Harry Coe who proved a formidable force in defence, as well as Alexander Brett, George Miller and Jack Trotter who all played superbly in the different positions throughout the matches.

A huge well done to all those who took part. 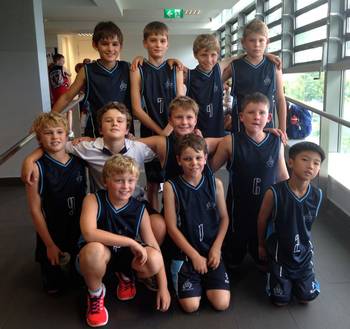